Since I’ve been home from my travels, the two main questions I get asked are some variation of the following: “Where was your favorite place?” and “What did you learn about yourself?” While I have answers to those questions, perhaps the biggest change I found in myself was my improved ability to make what I’ve termed “fleeting friends.”

You see, as someone who can present as an extrovert but is an introvert and really prefers to invest in relationships, I’m not great at making fast friends. (Part of this is also due to moving and changing schools often while growing up, whereby you learn earlier than most people just how fleeting friendships can be.) That means, as a solo traveler who stays mostly in hostels, I’ve been in a bit of a crunch at times. I don’t want to seem unfriendly, but I also know I’m not going to become instant BFFs the way so many others seem to do with their fellow travelers.

Related: On the flip side? Check out this article on overcoming loneliness while traveling.

Instead, I tend to gravitate toward people whom I connect with one-on-one.

Like Christian, whom I met on a bus from Pokhara to Kathmandu and connected with over conversations about criminal justice reform and journalism. Here’s us in Kathmandu the day after we met, and then meeting up in Maui approximately four months later.

Or Marta, whom I met in a hostel room in Lisbon and spent the night out with on a pub crawl, two of the few non-college aged folks in the group. As soon as I got to Madrid later on that trip, I met up with her and her friends for drinks out in their city. 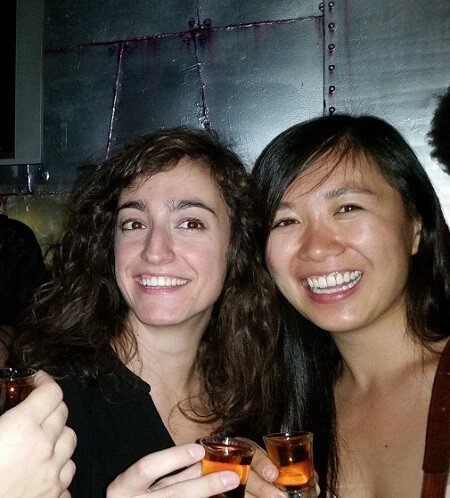 Or Liesl and Jeremy, the loveliest couple who were down for adventure and let me drag them across Shanghai and Hangzhou to try foods they’d never heard of and visit off-beat places like a traditional Chinese medicine museum. 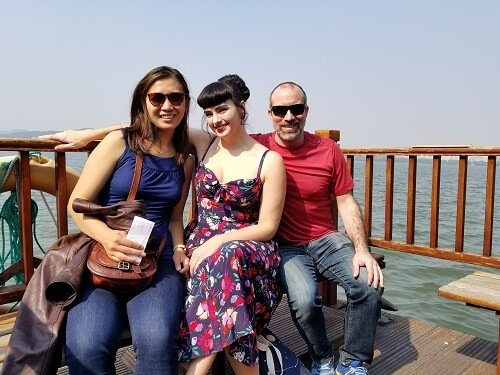 I know the beauty and possibilities of being open to fleeting friends though, of all the awesome situations it can lead to.

Without it, I never would have made 12 new friends by accidentally crashing a Spanish bachelor party while in Portugal. Or upped my salsa game in Havana.

And so on this trip, by far my longest, I learned to be okay with making friends with people whom I didn’t immediately click with or didn’t connect deeply with. Perhaps it was for the days when we were in the same city, or maybe it was just for the evening, but I learned to be willing to dive deep into those relationships, even if it was only for the time being.

Part of this was being older on this trip. In some ways, age has given me perspective on the passage of time and relationships that I haven’t had before. It also helped that I had a much longer trip. If I met someone whom I clicked with, then perhaps we’d travel together for a bit; if not, there were always other travelers for me to meet. And lastly, being funemployed and with no real burdens or responsibilities, I had more mindspace for fleeting friends.

To the fleeting friends I made

That’s not to say I became a natural social butterfly. There were certainly days when I couldn’t be bothered to make fleeting friends or do things with other people (one of the benefits of traveling solo!). But I learned to cherish the moments I did share with those whose paths I crossed.

Like the older gentleman who’s around my dad’s age, who said screw it and is traveling solo around the world despite speaking only Chinese and only a few words in English. Translation apps are his best friend.

Or the sheltered 26-year-old whose first foray out into the real world had left her depressed and suicidal. She was aching for someone to listen to her and offer perspective. (I’ve tried my best to keep tabs on her and check in from time to time.)

Or the sister and brother pair whom I shared Christmas dinner and a jazz open mic night with. I don’t have siblings nor did I grow up super close to my cousins (distant-wise or relationship-wise), but I hope one day my kids will share that sort of bond with each other.

I’m in a few travel groups and often there are questions about feeling lonely while solo traveling or having difficulties making friends on the road. So here’s my advice: no matter where you are, there are people whom you’ll click with and those with whom you won’t. I’ve met people who completely blew me off or whom I couldn’t wait to get rid off, and I’ve made friends whom I later visited when I traveled to where they live. Just be true to yourself, and be open to the opportunities as well as all the possible outcomes. You never know whom you’ll meet.

How do you approach making friends while traveling?