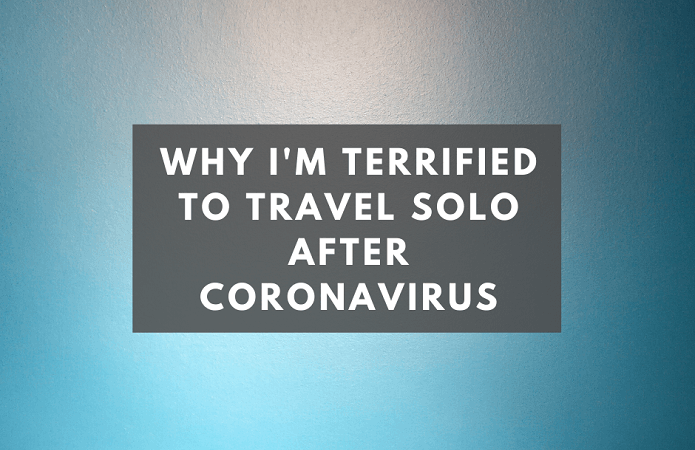 Like many other travel lovers, I had trips canceled by this pandemic. And like many of you, I’ve been sheltering in place for weeks. I’m just as excited as everyone else about having things go back to normal and being able to travel again.

But I am also terrified.

It started with subconscious anxiety as COVID-19 made its way out of China. Then, that anxiety became less and less abstract.

I think the first time the fear felt really poignant and real was as headlines started coming out of Italy.

I’ve always loved Italy, and the trips I’ve taken there have all held deep significance to me. As Italy started seeing cases and deaths spike, I started wondering when I’d be able to travel in Italy again, solo or otherwise, without facing some sort of contempt or even violence.

All because of my race and ethnic background.

Before Uzbekistan’s government-issue quarantine effectively canceled our March trip for us, my traveling companion, who is also Asian American, raised the question of whether we should be worried about discrimination because of our physical appearances.

I’ve experienced subtle and sometimes not-so-subtle forms of discrimination in my travels around the world. (And I am acutely aware of the advantages I get when I’m traveling with white companions compared to when I am solo or with other people of color.)

But I have rarely feared violence due to my race and ethnicity.

All this had been building up when I saw this last week. And I broke. (I also started writing this that night — but couldn’t quite finish.)

This happened in the U.S. city with the highest number of Asian Americans. I live in one of the country’s most Asian American-heavy cities (percentage-wise), and still, I am worried.

I am worried for my family, my friends, the strangers I see on the street and at the supermarket who look like they could be my relatives. I am worried that the racial tensions stoked by the past few years will now explode with the re-ignition of the yellow peril narrative.

It’s not hard to see what may happen. Just look at the decade after 9/11, how many hate crimes victimized individuals simply because someone believed they were Muslim.

With a global death toll ever-increasing and with hateful rhetoric coming from around the world, the forecast is a little terrifying.

Those who know me or who have followed this blog from its inception know that solo travel is core to who I am. Even after I started traveling more with my partner, I continued to find time to travel solo.

I’m cautiously hopeful that things will not become as bad and that humanity will prevail.

For the time being, I’ll likely not be traveling solo.

What can you do to help?

As with many situations where a group is being oppressed or discriminated against, this is the time for allies to speak up.

If there is wrongdoing, take it up with the government entities, organizations, companies, and the individuals involved — with due process. Don’t extrapolate blame to an entire group of people.

Speak up and defend your friends, neighbors, fellow human beings. Don’t stand by and let cowards spew their hatred and cause physical, mental, or emotional harm. Be human.